There are three distinctly different types of diving: inside the atolls, outside the atolls and inside the channels or passes, which is where the currents are strongest and you’ll find the greatest congregation of fish life. Groupers, snappers, surgeonfish, eels, parrotfish, even giant napoleon wrasse park casually in corners, while armies of wrasse, shrimp and other assorted cleaners pick at debris in their open gills and cavernous mouths. The big attraction, however, are the schools of fish that patrol the reefs in colorful packs: humpback, barracuda, batfish, yellowback fusiliers and harlequin sweetlips almost comical in design. The reef’s larger inhabitants, including sharks, rays and occasionally even whale sharks, are often seen cruising in the blue. 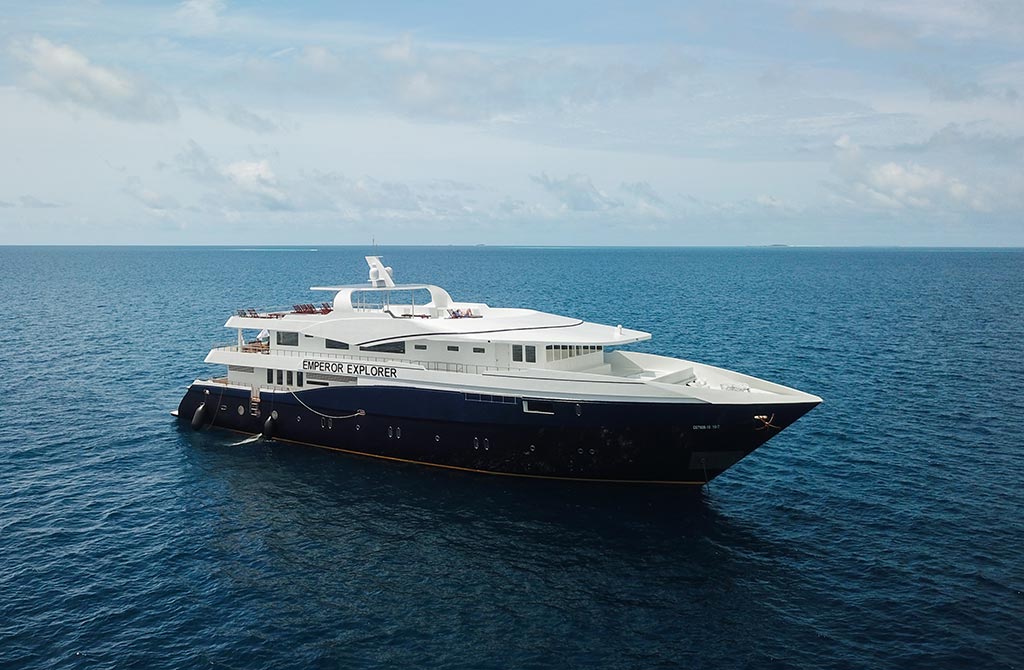 Emperor Explorer is 138 feet in length and has four deck with three levels. She can accommodate 26 guest in 13 well appointed ensuite cabins, all with air conditioning and a mixture of comfortable king, queen and twin beds. Guests can also enjoy many open areas on this contemporary liveaboard to relax, stargaze and soak up the sun surrounded by turquoise Maldivian waters. Additional amenities include massage services, a sizable and modern dive deck. 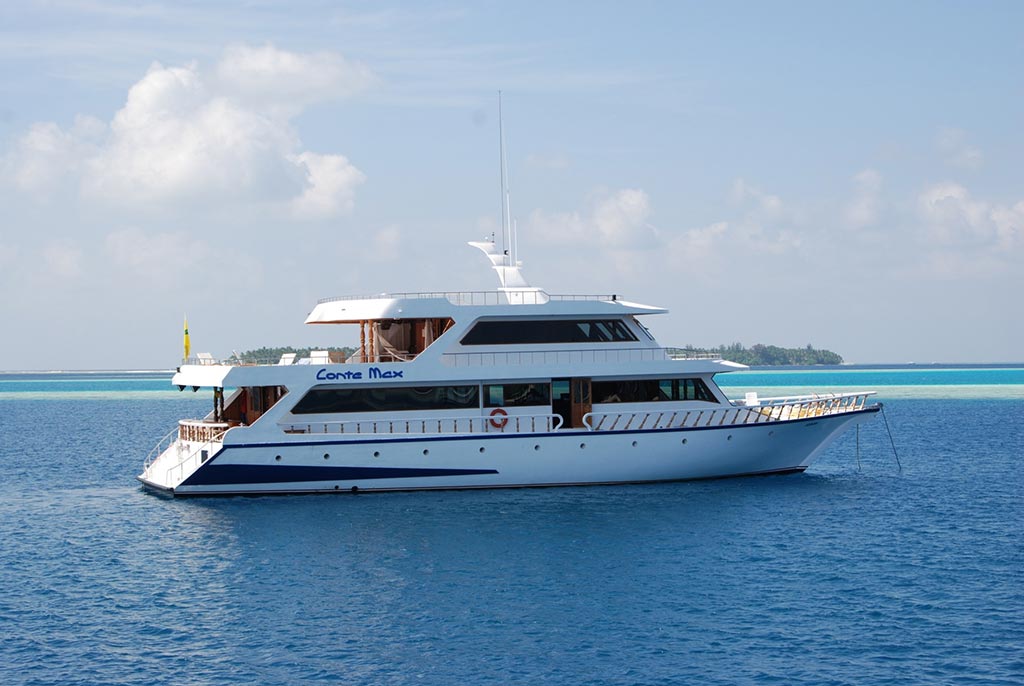 Conte Max is a luxury wooden yacht that is 33 metre long and 10 metre wide and an onboard Ayurvedic spa . Conte Max is accompanied by a comfortable dive dhoni, tender and canoe. With 9 large cabins that feature individually controlled air conditioning, private bathroom, all beds are low; no bunk beds. 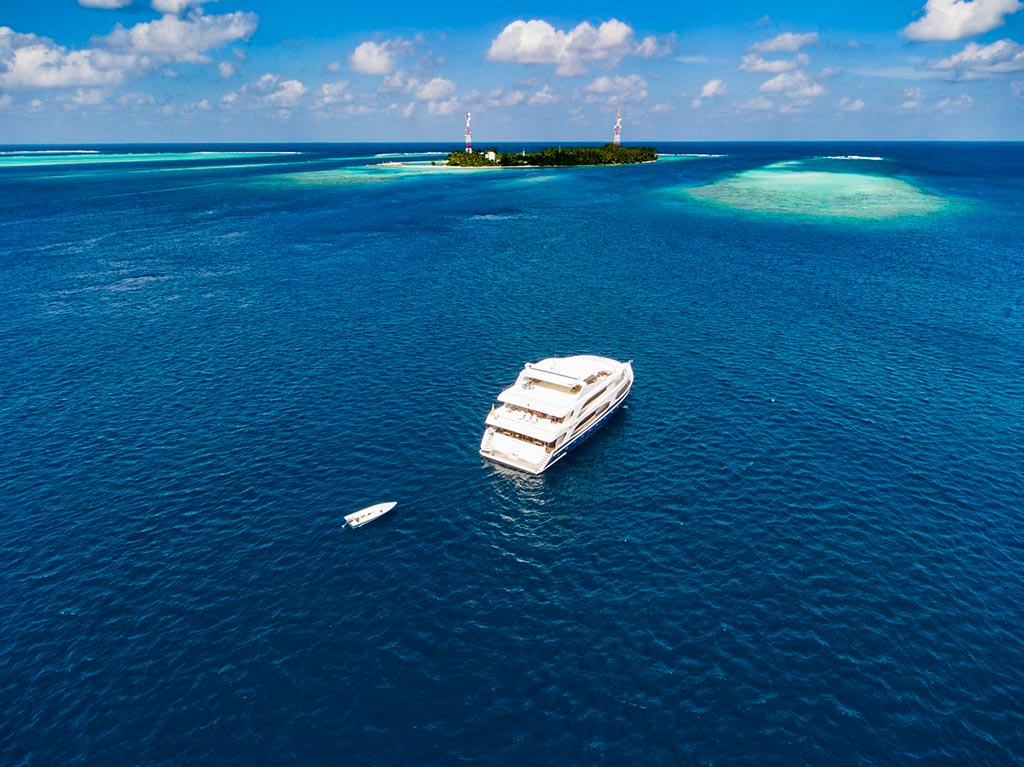 Duke of York is 36 metre long and 11 metre wide and boasts 4 levels with indoor parquet flooring and teak on the main deck and is accompanied by a comfortable dhoni used for diving, snorkeling and fishing activities and to land on strips of sand deserted islands. As well as the more traditional diving techniques, they are also able to offer rebreather diving. With 10 large cabins that feature individually controlled air conditioning, private bathroom, all beds are low; no bunk beds. 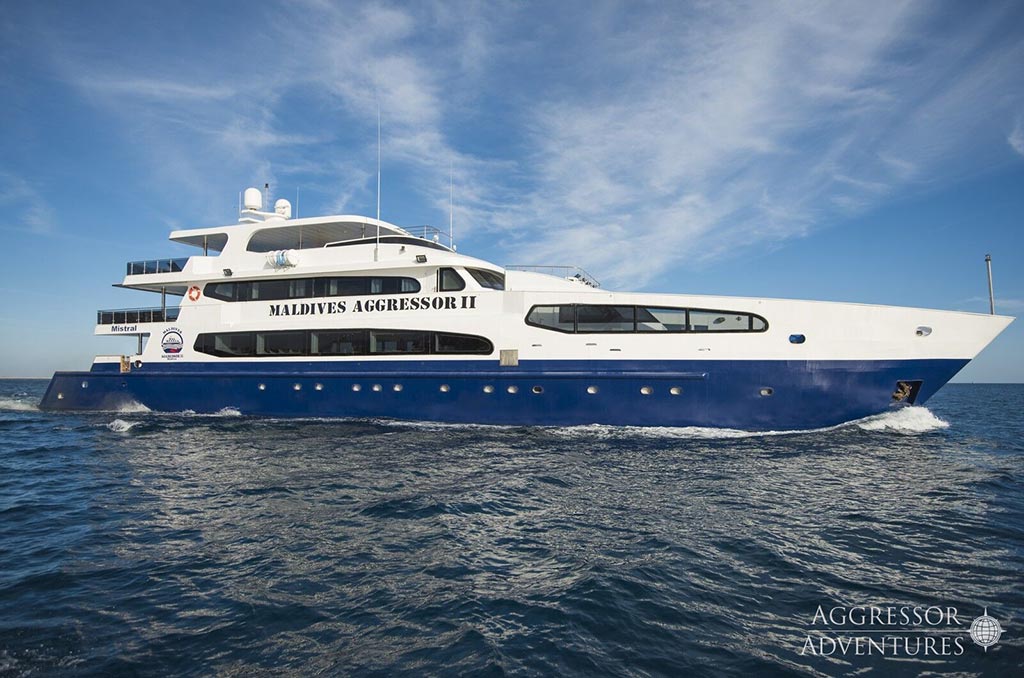 The Maldives Aggressor II is built and powered for comfort, safety and stability. She is diesel powered and cruises at 12 knots. She accommodates 22 passengers in 11 staterooms; 8 staterooms with a single beds , 2 staterooms with Queen size beds and 1 stateroom with a king size bed. All staterooms have en suite bathrooms with shower, closet, porthole.